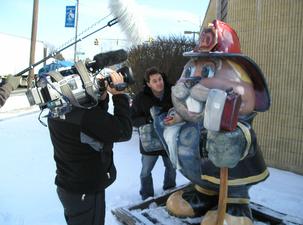 Part Time Hero Productions, a full-service production, and development company was founded for the sole purpose of saving the world from bad television. Disguised as media professionals these undercover heroes approach every project with unrivaled creative power.  Whether it's scripted or unscripted, game shows, digital content, and apps, we're set up to handle all of it. 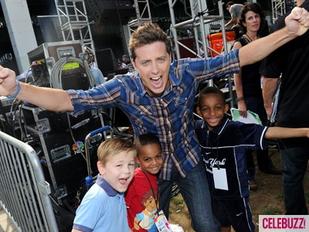 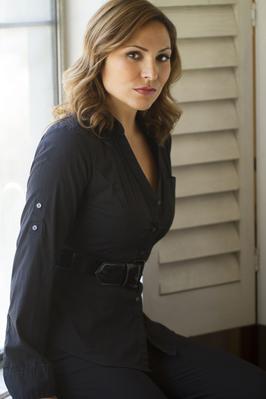 Two time Emmy nominee JEFF SUTPHEN has done everything from game shows to news magazine to sporting events for the NFL, reality and working in both long and short formats. While Jeff served as the host of Nickelodeon’s “Figure It Out,” Producer and host for the Daytime Emmy nominated game show “BrainSurge” and host of ABC’s “101 Ways to Leave a Game Show”, Sutphen got his start on the other side of the camera developing content and co-creating various pilots for Nick Jr. and Nickelodeon and producing for networks such as ABC, VH1, MTV, Nickelodeon and E! In addition, Jeff has experience in the digital space where he created, developed and executive produced the YouTube game show Fact or Crap, for Spin Master toy-company and developed and executive produced a game show for Awesomeness TV and Go90. Currently, Jeff is the Executive Producer (showrunner) for Ryan's Mystery Play Date which is in it's 4th season. You can catch Ryan's Mystery Play Date on Nickelodeon.

TIM BEGGY’s television career has spanned hosting, producing and development. With a decade of hosting his own shows on Fox Sports and the History Channel, to pioneering MTV docu-series, and competing in the hardest race in the world, Mark Brunett's Eco-Challenge. Over half a dozen of his original show concepts have sold to both broadcast and cable networks, and several more to digital. While running 310 Entertainment as Head of Development, his experience of creating, licensing or producing content includes Nickelodeon’s Brain Surge (Emmy nominated alongside Jeff Sutphen), ABC’s Shark Tank, CMT’s Redneck Island, Payload and beyond. Currently Tim is the Supervising Producer  on the Emmy nominated Ryan's Mystery Play Date which is in it's 4th season. You can catch Ryan's Mystery Play Date on Nickelodeon.

STACY ASENCIO-SUTPHEN is a creator/producer with a unique Latin/female voice and a passion for storytelling. She's also a kick-ass mom, raising two up & coming superheroes... villains beware! She has worked for and with powerhouse companies like MTV, Nickelodeon, VH1,  ESPN Deportes and Electus. Stacy started out as a professional singer/ music producer and created the all-girl pop group Fateful, who were signed to Ruffnation/WB records, produced by Chris Schwartz, Tom Whalley and the late Vince Pellegrino of S.I.N (Street Information Network). She also created, produced and directed The Las Chicas Deportes: a dance team for ESPN Deportes, was one of the producers for the Fiesta Lakers live show and created and produced the off-broadway cabaret show, The New York City Kitties. Currently, Stacy is the creator of Dirty Pop, a scripted music drama Executive Produced by Electus (Jane the Virgin, Flaked) and 11-time Grammy winner, Kenny "Babyface" Edmonds. She's also one the creators of The 36 Percent, a true crime doc-series Executive Produced by Jamie Kennedy Entertainment.

Thanks to Stacy's efforts, Part Time Hero Productions has a full slate with many great attachments and brand partnerships.